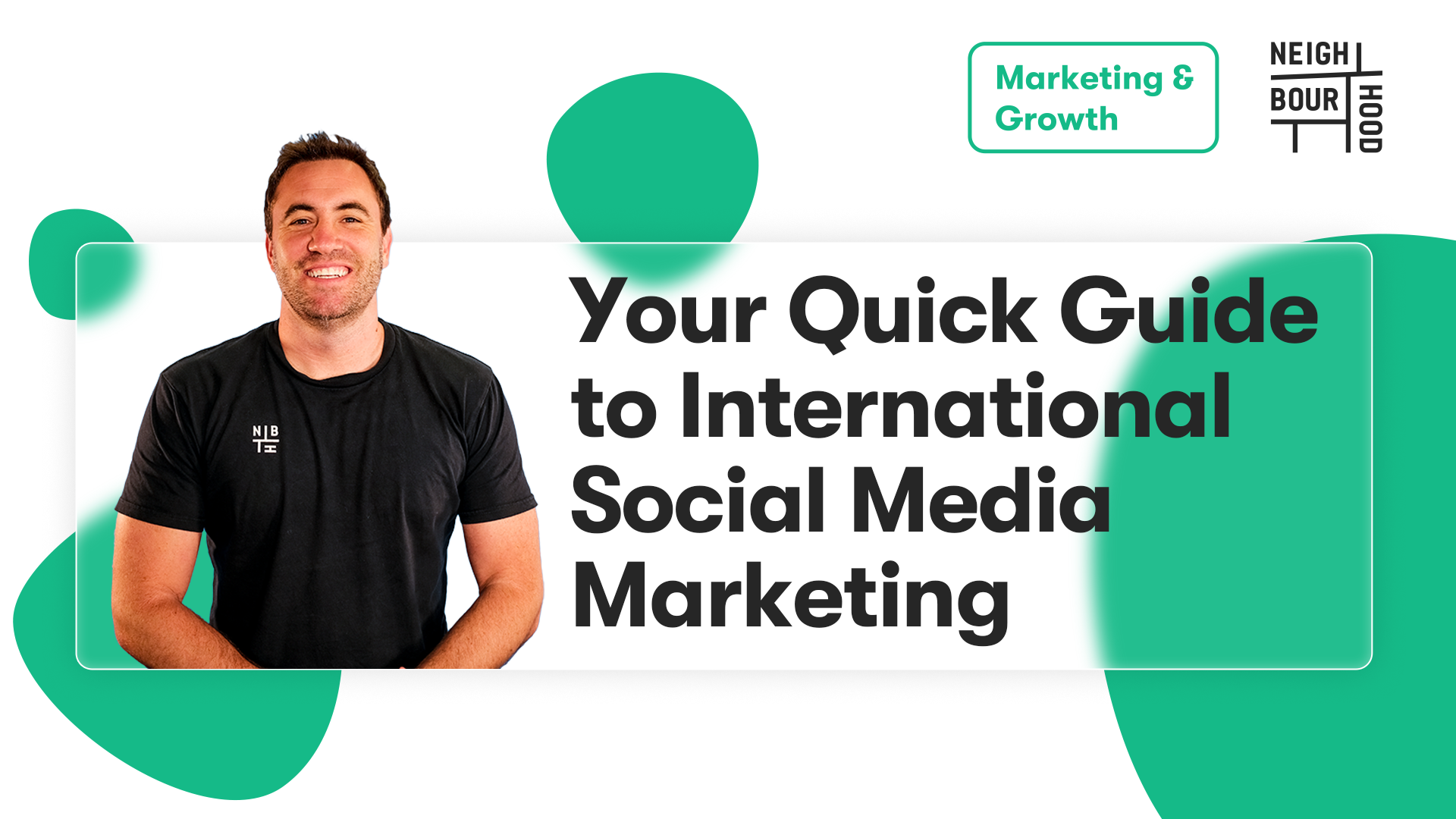 When you begin working on any marketing campaign, there's one thing you need to decide on first, and no it's not if your third coffee for the day is a smart idea —  it's your target audience. This is as true for marketing in the pre-Internet era as it is today, although modern technology allows us to connect with any kind of audience in a more personal way than ever before.

There are plenty of reasonable questions here — for example, how do you target a global audience? What steps should you take if you're an Australian brand looking to branch out to European or Asian markets to scale? How does an English-speaking company address a Spanish or a French audience? Don't worry; we'll guide you through the intricacies of international social media marketing right here.

However, we’ll let you in on a little secret — it’s not that hard, you just have to learn how to do it properly. And yeah, that’s probably true for everything. But in this case, you’ll see that it’s more simple than you know.

Why do I need a strategy?

We know what you're thinking — social media is a straightforward and personal platform. Won't you achieve the best effects by improvising and going all nat-u-RAL?

Well, yes and no. Mainly no.

Before you start creating new Facebook posts, tweeting, and translating everything into multiple languages — you need to establish your social media strategy.

If you're looking at a brand that seems kinda cool, laid back, and spontaneous — don't be fooled. This is all part of a strategy, and no one is as good at improv as they seem. If you create a plan first, you'll be able to measure the success of your global campaign and keep tweaking and optimising it for optimal results.

On the other hand, without a strategy, even a local campaign can become overwhelming fairly quickly, let alone a global one.

So, what’s the first thing you’ve got to do? Define your target audience. As it says in the title, it's beyond domestic - you're wanting to nail down on your international audience here.

And with a global campaign, it’s important to segment it according to their language or region. Before you start concocting your social media strategy, there are a few things you need to sort out internally first:

Set your goals for social media

Once you've defined your audience, you've graduated to tackling something just as important as your target market — defining your goals.

Sure, you want your brand to be present on social media — mostly because everyone else is. But just following the competition isn’t enough. You need to define your own goals and know exactly what you want to achieve with your international social media marketing strategy.

Also, setting goals in advance has other benefits — for instance, your social media team will be held accountable for their results more easily. And a strong, unified approach is helpful when you've got to adjust your strategy for different countries.

So, you’re probably wondering — what are my goals? There are plenty of different things you may want to achieve, like:

Naturally, you don’t have to focus on a single goal — you can try to do all of these, but you should still define your priorities for every country that you’re targeting. 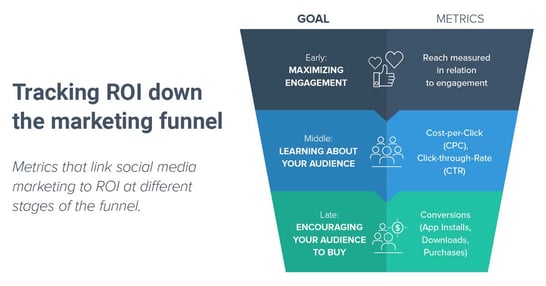 Choose which languages you'll use

Naturally, if you’re going to use international social media marketing to extend your reach — you’ll probably need to use more than one language. When you choose to target countries whose people speak different languages, you’ll have a couple of important calls to make:

Sure, you might say a fair chunk of people who use the Internet understand English to a reasonable degree of proficiency. But even in places like Europe, where a massive part of the population speaks English well, a majority of Internet users still prefer browsing social media in their own languages.

So, if you’re going to engage audiences that live in non-English speaking areas — you’ll probably want to address them in their language.

For example — you want to cater to your market in Spain, but you don’t have a lot of prospects there. In that case, setting up an entire Spanish-language blog and constantly creating content for it probably isn't a worthwhile investment. However, a Spanish-language Twitter account will likely be more cost-effective to maintain.

On the other hand, investing in a localised blog and similar high-end strategies might also be worth it if you're sure that you have considerable growth potential in that area.

Simply getting someone to translate a blog or investing in a non-English Facebook or Twitter account isn’t enough. When you’re creating an international social media presence, you need to consider more than grammar and vocabulary — you need to consider the cultural differences as well. For example, Latin America versus North America may consist of vastly different humour.

In simpler terms — as you know, different nations have different beliefs, customs, and manners. We'd definitely recommend considering all of these as you start catering to audiences in an international market. You'll find you have a harder time getting your foot in the door when it comes to certain markets just because you haven't approached your social media strategy from the country's cultural viewpoint.

You’ll also need to pick which social networks you’ll use as the crux of your international social media marketing strategy. Ideally, you’ll use the most relevant social platforms for every country you’re addressing — but this choice also depends on other aspects of your target demographics, such as age.

The last thing you want is to have profiles on every social platform in existence — that’s the fastest way to lose some hair by stretching your resources thin by offering a mediocre experience all around. You'd rather nail 1-2 than just missing the mark across 4 of them. As you start seeing the ROI on the platforms you’ve chosen first, there’s always the possibility of growing your reach later on. Also, once you pick which networks you’ll use and start implementing your strategy, make sure to monitor the data over time and see whether it’s worth maintaining a presence there.

So, you’re probably wondering — how do I pick the social networks I’ll use in practice?

Well, the first thing you'll need to consider is the resources you've got at your disposal. For instance, putting more effort into a single common Facebook page will help you grow a fan base and build momentum through that page faster than you would if you decided to maintain four different Facebook pages.

But let’s take a look at a practical example: your company’s social media strategy has decided to target German, English, and Spanish-speaking audiences. In that case, you might decide on:

Now, keep in mind that this is just a sample of a solution — you may very well decide to shake things up and go another route. But the lesson here is that you don't necessarily have to create separate language-focused pages for every social platform out there. Instead, it would help if you tried to get the most out of your resources by dividing your social media platforms into separate languages when it's suitable and maintaining a joint English-language presence otherwise.

Social Media Marketing : The only online course you need

Where to Start with Social Media Marketing

Your All-in-One Guide to Affiliate Marketing on Social Media