Youtube is the home to every type of video content imaginable, from weird cat videos, fail montages, tutorials and how-to videos, all the way to documentaries, amateur tv mini-series to comedy skits.

You'd be lying if you said you've never gotten into a weird rabbit hole of Youtube videos deep into the night. You start watching your favourite comedians stand up show at 7 pm and find yourself at 3 am, delirious, wearing a tinfoil hat believing that Justin Bieber is a sophisticated space travelling man-lizard (DM me for more info).

It's not all just weird and bizarre content that you find yourself watching, thanks to Youtube there aren't too many problems in everyday life that can't be fixed DIY. Next time something needs fixing, Youtube it and you'll find your answer.

Youtube is the second largest social media network with over 1.9 billion active monthly users on Youtube which amounts to roughly 1 billion hours of video watched daily.

The best part is, you don't need to be a Hollywood director to create ads and start advertising your business. Although it does pay to create quality advertisements, anyone with an idea and a strong message can promote their product.

In the new digital age, commercials aren't just for television, the same ad you run on TV can be optimised and targeted to reach your target audience on Youtube and across social media

There are three key types of Youtube ads you can run, TrueView, Preroll and Bumpers.

TrueView ads are the standard type of ad on the platform which gives the consumer options, the most common is the ability to skip the ad after five seconds.

The beauty of them is that advertisers will only pay when a consumer interacts with the ad, for example clicking a call-to-action, watching the ad for 30 seconds or watching it in its entirety. Youtube requires that skippable ads last for between 12 seconds and 6 minutes long and non-skippable last between 15-20 seconds.

One type of TrueView ads are video discovery ads (previously in-display ads), they appear on the homepage, search results pages, and as related videos on YouTube video watch pages.

The other type of ad is the in-stream ad. You know when you go to watch a video and there is that little clip beforehand? An in-stream ad will either allow you to skip immediately or after five seconds.

Due to the limited amount of time before your ad can be skipped, ensure the first five seconds is captivating enough that viewers have no choice but to continue watching to learn more.

Preroll ads appear at the start or at times mid-way through your selected Youtube video and are non-skippable. Typically they are 15-20 seconds long in total and users must wait for them to finish before seeing their content.

Because they cannot be skipped, Preroll ads are best designed with a clear call-to-action (CTA) so the limited time you do have the users attention is put to good use.

Preroll ads are sold on a pay-per-click (PPC) basis so if people aren't clicking, you're not paying. However, the whole point of your ad should be to get people to click, so if you aren't paying then it's worthwhile reviewing your content and CTA to maximise engagement. 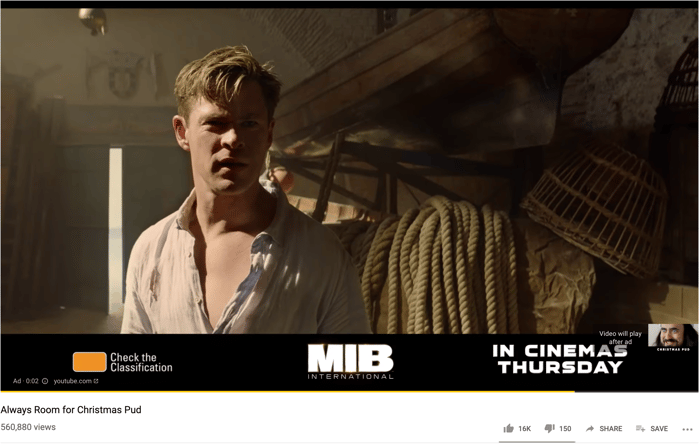 Bumpers are the shortest type of Youtube ad available for your digital marketing campaign. Bumper ads run for six seconds just like some TrueView and Preroll ads they play prior to a user's chosen video. Sometimes there is up to two bumper ads that run back-to-back (see below example - "Ad 2 of 2").

At just six seconds, it is difficult to tell a real story or grab enough of the user's attention to make an impact, but as part of a larger video campaign, they can be used to keep your brand front of mind. If this is the ad type you choose, be sure to use your time wisely and make sure it's memorable or the efforts you go to will be wasted. 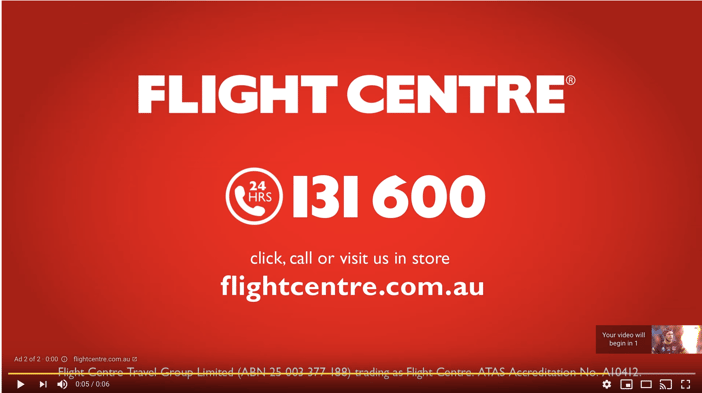 Video is the future

The future of video marketing is promising. Video increases engagement on other social media platforms by up to 600% and there's no reason why that trend won't continue. With video SEO, there is less competition than in standard Google Search SEO as it is relatively new and less popular than writing a blog.

Although it doesn't get as much airtime as Facebook and Instagram in the social networks conversation, Youtube holds its own from a marketing perspective. With over 1.9 billion worldwide active users per month, by not utilising it as part of your social media strategy you could be missing out on reaching your target audience.