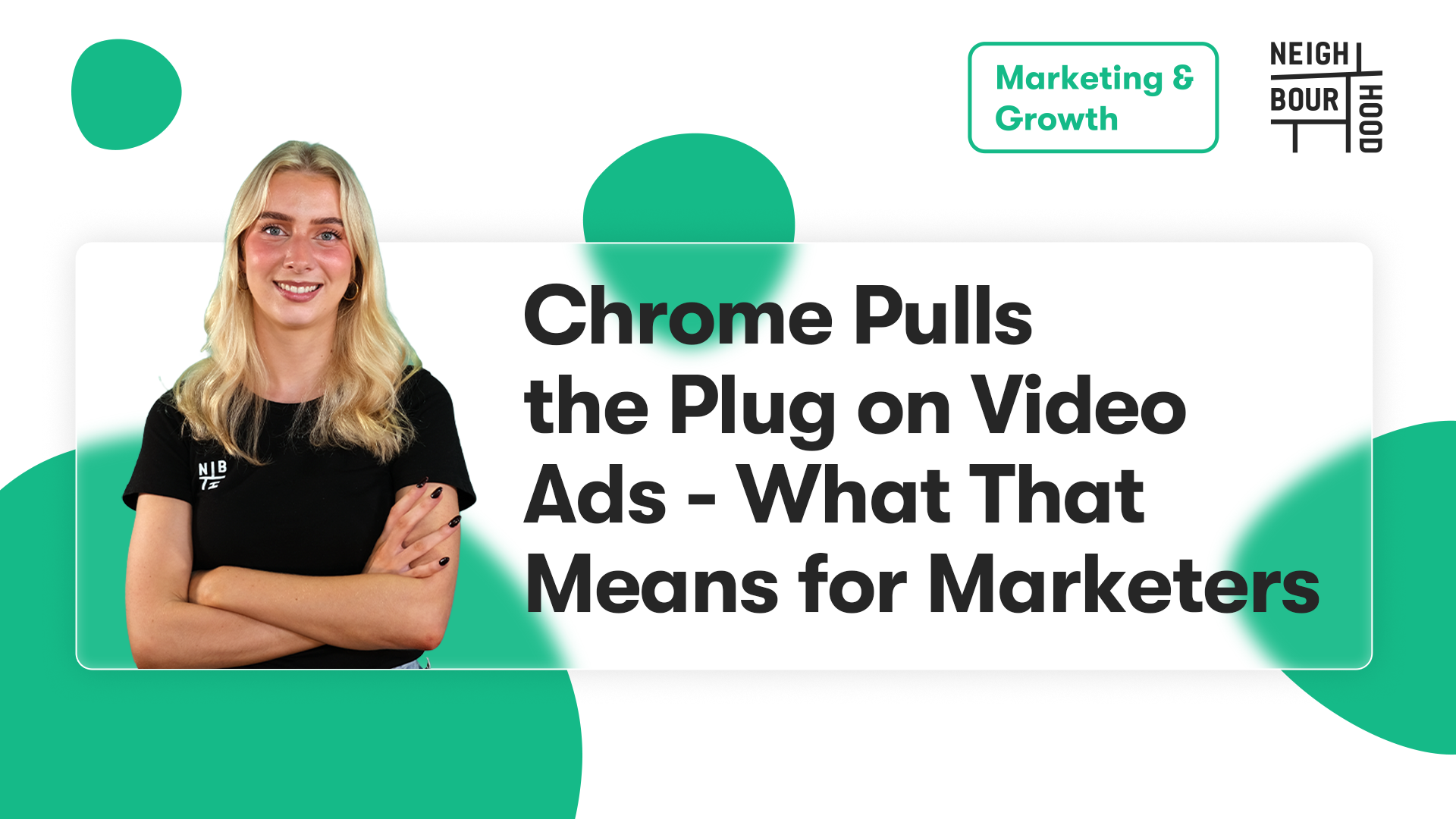 Long story short - Google Chrome's doing the spring cleaning early - and video ads in short-form videos are next for the digital dustpan and brush. The browser will adopt the latest standards for video ads from the Coalition for Better Ads (CBA), applying to certain pre-roll, mid-roll and non-linear display ads. So let's break it down, piece by piece, and find out how this will shake up your digital marketing efforts in 2020.

Let's start by giving the Coalition for Better Ads a proper introduction - the CBA is an industry group dedicated to improving the state of online ads. Their latest move has seen them announce new rules for ads displayed with short-form videos (under 8 minutes). In response, Google, one of the CBA's founding members announced plans to implement the upcoming rules inside two of its products, including Google Chrome and YouTube.

Starting as of the 5th of August, Google says that Chrome will use its internal ad-blocking capabilities to block all video ads that don't adhere to the new rules. Likewise, video ads running through YouTube will be made compliant with these rules in the coming months.

Google will scan websites and if they're associated with a Google Search Console account, they will notify webmasters if any of their video ads break the rules. Importantly, site owners who don't update their video ads will have their ads blocked in Chrome, which effectively demonetises their videos for all Chrome users - representing around 60% of all internet users!

So what are these rules? Let's check 'em out - the following three video formats are now considered intrusive and undesirable when shown with short videos: 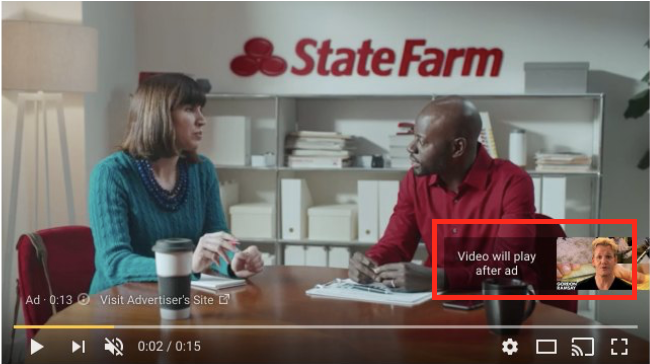 Second, you've got mid-roll ads which play in the middle of a selected video, interrupting the content. Mid-rolls come in many varieties and durations but all were deemed extremely annoying by consumers (peep the yellow lines in the video worm below - they are all of the mid-roll ads!)

Lastly, you've got large display ads that block the video player. This refers to image or text ads that appear on top of a video and are in the middle or lower third of the video window or cover more than 20% of the video content.

So why is Google Chrome doing this? Chrome claims that video ads that are unstoppable and pop up where they are not wanted, are distracting to users and generally break the immersion and flow of whatever content you're consuming. As well as this, the ads have been found to slow down websites, eat up your monthly mobile data, use up your battery and even deliver malware (No thanks.). In response, many people install ad-blockers or ad-blocking browsers, which often have the unintended effect of enabling privacy-invading trackers that follow your online behaviour (Double no thanks).

Consumers have had enough; labelling this kind of video advertising pervasive, obnoxious and intrusive. But while they might sound pretty off it, it might surprise you to know that consumers don't actually think all ads are bad, they just wish they could filter out the really obnoxious ones, instead of ad-block completely. So as it turns out, consumers don't hate ads, they hate bad ads! So how can you use your video ads to delight your customers instead of force them to smash the non-existent skip button? Let's find out!

There are three video ad forms you can use to spread the word about your brand, that'll be your best bet for conversion, the first being TrueVeiw ads. These are the skippable ads that appear at the beginning of YouTube videos, that are 100% worth their salt in regard to the benefits they'll bring to you as a marketer!

First off, they're super versatile, as they allow you to advertise your products and services with how-to videos, demos, video testimonials and more. The best TrueView ads feature an effective call-to-action from the start of the video to get you hooked, without the awkward forcefulness of not allowing you to click away. They've been found to be one of the best ways to drive immediate customer engagement elsewhere on your YouTube channel, sometimes by up to 500%! Rock on.

They're also low-risk as a cost-effective means to reach a relevant audience, as you only pay when the ad has either played for 30 seconds or longer (or ended), or has prompted an action from your viewer (a click). Because TrueView ads can be skipped after 5 seconds, you'll rarely waste ad dollars on completely uninterested audiences!

As well, they are able to reach a wide audience because Google takes your search history into account when dishing up ads, so you're essentially combining the audiences of the two biggest search engines on the web! 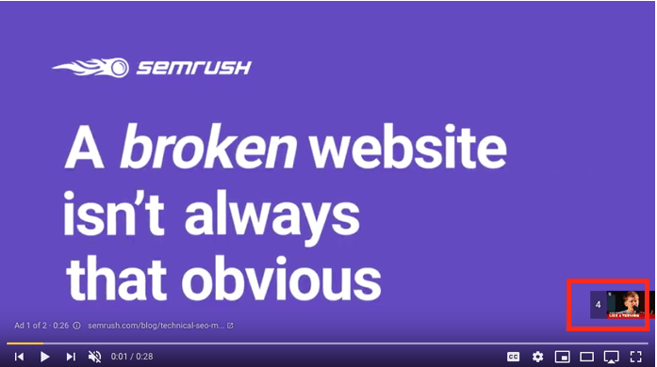 Another option is to use TrueView Discovery ads, which are like display ads - they are the recommended videos that pop up on the YouTube home page, or as recommended/related videos on the search page. With Discovery ads, there's no limit to the video length, since people choose to navigate to them, making them really low risk with a super high reward! The accompanying display ad headline has a 25 character limit, and the body copy can contain two lines, each with a 35-word maximum - so basically, the world's your oyster with discovery ads!

Lastly, you've got TrueView for Reach, a new way of optimising TrueView ads based on campaign goals. Rather than paying whenever a prospect watches your ad to completion, TrueView for Reach enables CPM (cost per 1000) pricing for these shorter ads, meaning that you'll pay per 1000 views. To be eligible for this type of optimisation, your ad must be between six and 30 seconds long - but it's a great option if you're wanting to reach a wide audience, quick-smart.

So there you have it, a wrap-up of what's to come in Google's video ad detox, and how you can best get in some pre-game. 2020 is all about making viewers happy with contextual, helpful ads, so say goodbye to the ways of old, and hello to TrueView, your best bet for ads that will convert!

Google is Killing Third Party Cookies - What That Means for Marketers

How the right Inbound Strategy can make you a Marketing Powerhouse